A (foreign-born) relative of mine – one with extensive medical training – has chronic difficulty sleeping. X has attempted all of the usual sleep-hygiene techniques. X has also tried the rather traditional drug/ health food store aids (e.g., Tylenol PM, Benadryl, Melatonin, l-Tryptophan) and much of the prescription stuff (e.g., Seroquel, Remeron, Ambien). X often sleeps in fits and spurts regardless, and has become frustrated, tired of going to the family doctor for help that doesn’t actually help.

One day recently, X and I were going through the belongings of another relative who had visited the U.S. and then departed, inadvertently forgetting some personal items and then asking for smalls to be mailed to her. In reviewing what to send and what to keep for the next visit, X came across a small bottle of liquid. X sat down, looking at the label, and smiling. 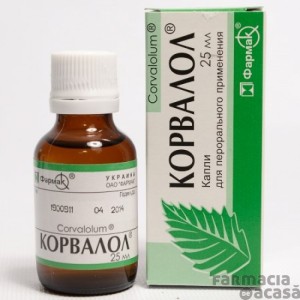 “What did you find?”

“It’s a nerve medication. And a heart medication, for high blood pressure, angina, and tachycardia. It calms you down. It even works for gastrointestinal cramping. But most people also use it for sleep. Old people love it. You mix it with water and maybe some sugar. I used it years ago. It’s great.”

Intrigued by this rather vague and all-inclusive description from a fellow medical professional, I asked for translation, as the label was written in a tongue I do not speak.

Before I go further, let me remind readers that much-vaunted Western Medicine (and culture) has a long history of employing stuff back in the day that we wouldn’t be caught dead using now. Freud was a vocal proponent of cocaine, a sanguine view shared by the original recipe for Coca Cola. 7-Up at one time contained lithium. The Victorians freely employed alcohol for colicky children. Before it was outlawed in the 1960s, many residency programs employed LSD as a means of teaching budding psychiatrists about psychosis. Benzodiazepines (e.g., Valium and its brethren) were handed out like candy by some practitioners when first on the market, as a “safe” alternative to other sedative-hypnotics. You get the picture.

So, a MedPub search of Corvalol turns up some very interesting information.

It is OTC in many central and eastern European nations and in former Soviet states, and there is a booming market for it in immigrant communities. Usually brought into this country in small amounts as personal Rx (and with labels that can’t be read by customs anyway), it is available as scored tablets, though it is more often found as a (liquid) tincture to be mixed with a beverage of choice before consumption.

It is neither approved nor legal in the U.S. in its traditional formulation. It can be obtained online, but is then missing some of its key ingredients when shipped via approved channels, rendering it, in the words of one disgusted user, “piss water.”

• Alcohol (the tincture 96% by volume) which needs no introduction;
• Ethyl ether of α-bromizovalerianate, a combination of bromide and herbal valerian root extract;
• Phenobarbital.

Bromides have been employed as flame retardants, gasoline additives, and pesticides – appetizing, yes? – though in humans, they have a long and storied history as anxiolytics and anticonvulsants starting in the 19th century.

[sidebar: for those readers from Baltimore who are familiar with the city’s landmark Bromo-Seltzer tower, that widely-known medicinal agent lost its namesake ingredient in 1975 by U.S. Food and Drug Administration fiat]

Valerian started as perfume in the 16th century Mediterranean basin. It has been historically used for insomnia and conditions associated with anxiety. It has also been applied in folk medicine for infantile convulsions, epilepsy, attention deficit, chronic fatigue, joint pain, asthma, migraines, menstrual cramps, and symptoms associated with menopause. Despite minimal scientific data that valerian can reduce coronary vessel spasm in certain cases, the remainder of these therapeutic claims are unsupported by any research at present.

As for Phenobarbital, it is an anticonvulsant barbiturate and DEA schedule IV controlled substance. There are no clinical trials supporting its use in cardiovascular or bronchospastic states. It can also alter the metabolism of other Rx when taken in combination – thus, gerontologists oppose its use in the elderly due to the high rate of physical dependence and risk of toxicity even at low doses.

And yet, the lack of controlled studies notwithstanding, in a number of countries, Corvalol is widely available – sometimes even mandated – in first aid kits (e.g., those accessible on public transportation), alongside aspirin, nitroglycerin, and activated charcoal, and freely dispensed as needed.