It wasn’t until the 15th century, in southeastern Arabian peninsular lands that would become Yemen, that it is believed the locals first cultivated, brewed, and consumed the libation we know as coffee. At first this drink was used as part of worship, but before long people were enjoying it in the secular realm as well, and its fan base spread far and wide within a century.

However, it almost didn’t make it into Europe.

You see, the logic in Christendom at the time was that Muslims, a term basically synonymous with devil worshippers, weren’t allowed to drink wine, as it was the essence of the eucharist. As such, it was held that The Evil One gave to his infidel followers coffee as a substitute. 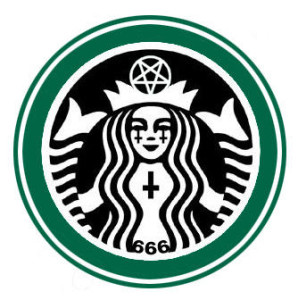 Naturally, this question eventually made its way to the Holy See and the then-sitting Pontiff, Clement VIII, who saw things a bit differently. Clement opined that coffee actually might help sober a population whose fluid intake was a bit too reliant on alcohol in his view. But that stance was not entirely altruistic. Apparently Clement sampled coffee himself and liked it. A lot. He told his Maestro di Camera that “this drink of Satan is so delicious that it would be a pity to let the infidels have exclusive use of it.”

Can a Vatican Starbucks be far behind?