It seems that the promise of restoring youth to aging men appealed as strongly in days past as it does in the present.

In the 1920s, testicular tissue transplantation was the ‘little blue pill’ of the era, purported in many medical circles to reestablish lost-function in the old and infirm [it was also used to address skin problems, neurasthenia, epilepsy, dementia praecox, senility, alcoholism, prostatic hypertrophy, cancer, rheumatism, gingivitis, paralysis, arteriosclerosis, and the “moral perversions of old age,” whatever that is]. In some quarters, testicular tissue transplantation was attempted as a treatment for male homosexuality, albeit without any measurable success.

One proponent of testicular tissue transplantation was Leo Stanley, the chief surgeon of San Quentin prison in California and a devotee of the theories of the late-Serge Voronoff. 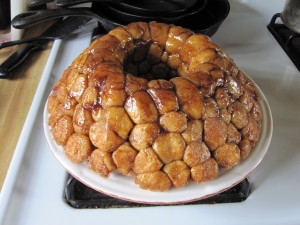 Dr. Voronoff, you see, had started his research and resulting scrotal activities using parts from (willing?) monkeys at the turn of the 20th century, opining that “the monkey is superior to man by the sturdiness of its body, the quality of its organs, and the absence of those defects, hereditary and acquired, with which the main part of mankind is afflicted.” Though he had plenty of detractors, Voronoff’s theories were accepted by a large minority of (male) physicians up until WWII, and there was never a shortage of middle aged volunteers desiring to freshen up their manhood.

[sidebar: Voronoff’s monkey-grafts have been postulated as one possible way in which HIV made the jump from simians to homo sapiens, though nothing has been proven]

Anyway, our Dr Stanley was responsible for autopsies once the condemned at San Quentin were launched into eternity. In May 1928, one Clarence Kelley – having been convicted of multiple counts of murder during an armed robbery spree in San Francisco – swung by the hempen necktie, after which his body was released to the family for burial. Only then was it noticed by then next-of-kin that the corpse was missing that part of the anatomy which renders the bearer male. Upon investigation, it was learned that Stanley had helped himself to the junk of the decedent – he wouldn’t be needing it, right? – and had accordingly transplanted some bits into a patient in a nearby hospital.

Further inquiry revealed that Stanley had been cutting off the balls of hanged inmates and putting them into other men’s coin purses since at least 1918. Being a doctor on one of the nation’s busiest death rows gave him a steady supply of human tissue – that is, when he wasn’t doing futile experiments with the testicles of goats, boars, rams, and stags. And astoundingly, despite threats of lawsuits and the absence of any semblance of informed consent, Stanley kept his job at San Quentin until 1951. He spoke freely of his testicular activities and the >10,000 transplants in which he was involved over his career, basking all the while in the laudatory op-ed pieces of many papers of the day.