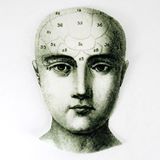 The alter-ego of the Alienist is J.S. Carbone, a graduate of the College of William & Mary (BA), the University of Virginia (MD), the King College School of Business and Economics (MBA), and the North Carolina Central University (JD). The chief of psychiatry for his state’s prison system for almost a decade, the Alienist now tilts at windmills for the Federal government. When summoned, he also labors through his private forensic psychiatric practice. He regularly authors an op-ed column for Sermo, the online international physicians’ community, and has published ink-and-paper tomes on topics spanning the gamut from the American Civil War to intellectual property rights in the biotechnology industry. His magnum opus remains his treatise on predictions of future dangerousness, cited in a 2009 U.S. Supreme Court amicus brief.