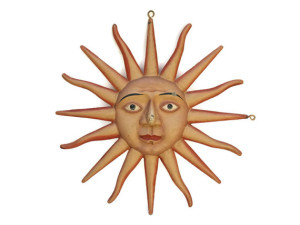 I have always loved The Animals’ House of the Rising Sun, a haunting rock ballad that was released in this country in 1964, and went to the top of the Billboard chart in the U.S., U.K., Canada, Sweden, and Finland in short order. Interestingly, this version known to most Americans today – the first British Invasion #1 not connected to the Beatles, and one currently listed amongst the 500 greatest arrangements of all time by both Rolling Stone and the Rock ‘n’ Roll Hall of Fame – was performed in one (unpracticed) take on May 18th of that year in a London studio, and was not re-recorded a single time before release. 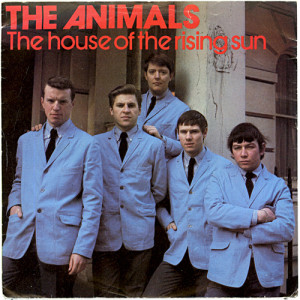 Having spent time in New Orleans at Charity Hospital as a resident, and being quite familiar with the seedier side of The Big Easy, I have long believed that the song lamented a young man ruined by a life spent in the song’s namesake house of ill repute. Except now, it appears that such is not the case.

Paradoxically, Dylan – who arguably attained greater lasting fame – stopped playing the song in concert after The Animals’ smash hit because he was tired of being accused of plagiarism even though he did it first!

A persistent urban legend exists that both The Doors and Led Zeppelin covered the song as well, but as of this writing, no such recordings from either group are known.

Musicologists have opined that the song’s authorship is murky at best, and that it is derived from 18th century folk ballads such as The Unfortunate Rake, about a prodigal son dying of syphilis. These musical scholars suggest that the song was only adapted to a Louisiana setting after crossing the Atlantic with early immigrants.

To further muddy the (Mississippi) waters,
• Alan Price of The Animals has said in at least one interview that he was told the song was about a now-defunct Soho brothel, but he wasn’t entirely certain; he claimed that he first heard it when touring with Chuck Berry, and decided to incorporate it into their repertoire “because it was distinctive.”
• Extant records from Orleans Parish do not document any bawdy houses of the late 18th through early 20th centuries – yes, they were usually licensed and recorded back then – by the name of Rising Sun. There was, however, a small hotel thus named on Conti Street in the French Quarter that burned down in 1822 (sidebar: archaeologists have found a large number of cosmetic containers at this site). There was a coffee house with the title next to the Quarter in the 1860 census. There was a Rising Sun on Decatur Street in the late 1860s that has been variously described as a restaurant, a café, or a saloon. And there was a dance hall with the moniker in the Carrollton district of the city in the 1890s. Whether any of these businesses offered a secondary line of services upstairs is not entirely clear.
• Maybe the reference isn’t to a brothel at all, but to a proprietor of same? There was a suspected bordello at 1614 Esplanade Avenue from 1862-74 that was owned by one Madam Marianne LeSoleil Levant, her name being French for “Rising Sun.”
• And the reference to “ball and chain” in the fifth stanza suggest that the house in question may, in fact, be a jail. The front door of the old Orleans Parish Women’s Prison is said to have had a rising sun motif on the cornice. That noted, the phrase is often used as a euphemism for the bonds of holy matrimony, leading credence once again to the (frustrated husband in the) brothel angle.

Not everyone believes that there necessarily even exists a discoverable American historical antecedent to the song, especially given its apparently murky roots in Old Country folklore. Pamela Arceneaux, a librarian working at the Williams Research Center in New Orleans, has been quoted as saying, “to paraphrase Freud, sometimes lyrics are just lyrics.”