This post references an earthy and impolite word that is usually employed to describe human coitus, though it can also describe a state of total disarray, despoilment, or the act of cheating. 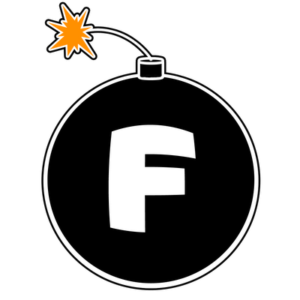 Whether you view the oath as vulgar or merely part of the 21st century lexicon, it has segued from an utterance of the ill-bred to a commonly employed descriptor, for better or for worse. Try going to ANY R-rated Hollywood release, watching most anything on cable TV, or visiting certain websites on the Internet, and NOT encountering it!

As a student of human behavior and history, I am curious as to how this came to pass.

Called by some the duct tape of the English language, the F-Bomb can be a noun, both a transitive and intransitive verb, an adjective, an adverb, an interjection, a freestanding expletive, an element of compound expression, or even an in-fix (i.e., inserted between two syllables of a longer multi-syllabic phrase). It is used as an intensifier, to express distaste, as an insult, or just to spice up conversation. It may in fact be the most versatile word in the entire dictionary.

And yes, it has been in dictionaries for longer than you might think. Though it appeared in A New and Complete Dictionary by English lexicographer John Ash in 1775, it was duly asterisk’d as “low” and “vulgar” speech. Interestingly, after that initial debut, the profanity did not appear in any known printed reference from 1795 (the year of the last edition of Ash’s work) until 1965. By 1972 it had made the cut for inclusion in the Oxford English Dictionary, by 2005 it scored the Canadian Press Caps and Spelling Guide, and by 2012 it went mainstream in Merriam-Webster’s Collegiate Dictionary.

Of course the Word-That-Should-Not-Be-Spoken still existed from 1795-1965. Aside from generally accepted cultural sensitivities and proscriptions, one reason it vanished from ink in the English speaking world was by statute: in the U.K. and U.S., the Obscene Publications Act (1857) and the Comstock Act (1873) respectively made it criminally punishable to print that nasty imprecation. This was one basis for banning James Joyce’s Ulysses in the U.S. for more than a decade, from its publication until the mid-1930s – the tome’s racy content included not one, but two of the nasty F’s!

Ash’s dictionary didn’t invent the expletive, but because the F-Bomb wouldn’t usually have been written in the sorts of documents that have survived from earlier epochs, it has proven difficult for linguists to determine exactly its antiquity. Experts have opined, though, that the word is indeed very old. The challenge of finding extant primary sources notwithstanding, there are a few surviving documents from the 15th and 16th centuries that inarguably employ the root.

The first, from ~1410, is a manuscript now in the Bodleian Library that attacks the chastity of a group of Carmelite friars then in Cambridge: “Non sunt in coeli, quia fvccant vvivys of heli,” or “they will not go to Heaven because they fuck the wives of Ely.”

From a century later, the Scottish poet William Dunbar is recorded as having dropped the F-Bomb in Old English: “Yit be his feiris he wald haue fukkit, ye brek my hairt, my bony ane,” or “his behavior, his fucking, has broken my heart and bones.”

And, a now-anonymous and assuredly disgruntled monk was the first known to have employed the adjectival form at his boss; in a 1528 copy of Cicero’s De Officiis in Yale’s collection, a period marginal note reads, “fucken abbot.”

Who were Ely and his wives? Who was the abbot? Who was breaking Dunbar’s heart? We are not certain. But we do know that, esp in the Scottish example, the spelling of the word in question suggests a northern European or Scandinavian etymology. This makes sense when one discovers words such as Old German ficken (to mate), Old Dutch fokken (to breed), Old Norwegian fukka (to copulate), and Old Swedish fock (the name for the male organ) in ye olde thesaurus.

What we also know for certain is that two mid-20th century urban legends about the origin of the F-Bomb are entirely false.

1. Forceful and Unlawful Carnal Knowledge. The theory holds that this phrase is a late 17th century legal term for rape, and that it was abbreviated in period court documents as F.U.C.K. Sounds good, but totally bogus. Sorry, Van Halen.

2. Fornication Under Consent of the King. Another attempt to finger jurisprudence as the source of the vulgarity, this is another weak suggestion that an acronym – based on supposed royal permission for abandoned women to again enter into intimate romantic unions – gave us the malediction-in-question.

Besides, while abbreviations did exist in centuries past, pronouncing the resulting acronyms as neologisms is a relatively modern phenomenon. Scholars point to the only known pre-20th century example of such: Colinda, which rhymes with Melinda, and was coined by Fleet Street from the truncation of the Colonial and Indian Exposition, a world’s fair of sorts, held in London in 1886.

But back to the original question: how did a tawdry exclamation become today’s commonly employed descriptor?

Such verbal segue is not entirely unknown, and linguists actually have a term for it. A dysphemism treadmill describes a scenario in which words that initially carried highly pejorative or ribald connotations, with repeated use, are rendered less vulgar, import diminished shock value, and finally become in time more publicly acceptable.

Proving, at last, that familiarity does in fact breed contempt. Or at least meh.