However, in my case, they came together for an interesting life experience.

In 1978, I was a high school sophomore, new drivers license in hand, and living with my parents in a condo in Arlington VA. The DC subway line was in the basement of our building, and given the complex’s proximity to National Airport, the Pentagon, and Foggy Bottom and other points downtown, many government workers inhabited the area.

Parking was assigned in the underground levels of our condo, and by luck and the arrangement of the concrete support pillars, our designated parking spot and one other spot shared a small sliver of the garage to themselves. The car parked next to ours was a brand new Oldsmobile Toronado. At first, I didn’t know to whom this car belonged, but over time I saw a distinguished older gentleman getting in or out of the Olds, and we began acknowledging each other and waving.

My father owned a 1975 Cadillac Eldorado behemoth at the time. While I was a careful driver and never had an accident with it, I suppose the sight of a 16 year old high school sophomore trying to parallel park that supertanker would make most other drivers give a wide berth. The man next to whom we parked, sensing that his car might be in danger, several times stood behind me to provide unsolicited directions to help me with the process of gliding the Caddy into the space between his car and the concrete support pillars. There was never a scratch, and over time, we began to chat when we met in the garage. 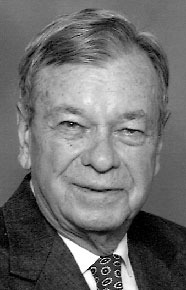 It was only then that I learned that the man was former-Governor and then-U.S. Senator Herman E. Talmadge (D-Ga), scion of a powerful Southern political family. And before long, talking while parking cars, he had offered me a job in his Capitol Hill office.

I’ve already blogged about this a bit at:

I was the only non-Georgian working as an intern in the office that summer. I never did tell anyone how I had come to be offered the position. And while I didn’t perform duties that were very high-powered – filing, opening and sorting mail, delivering papers to other Senate offices – I did learn two important life lessons that have remained with me to this day.

#1. Don’t assume that the ball won’t come your way, and be prepared if it does. One of the perks of laboring on Capitol Hill was being invited to play in the after-work softball league. This wasn’t a very serious group of athletes. All the office staffers, Democrats and Republicans alike, plus the occasional lobbyist, met on the grounds around the Washington Monument when the weather was nice. Apparently the Capitol Police looked the other way re: public drinking, because everyone back then had a beer in one hand and their mitt on the other. And I witnessed more than once some usually buttoned-down staffer, having changed into shorts and a t-shirt, getting clocked by a stray ball while making no effort to deflect or catch it… for fear of dropping or spilling the beer in hand. One must have priorities.

#2. Don’t assume that the messy sandwich won’t come back to bite you when you’re on a date. I don’t even remember her name, but there was a female intern in the Senator’s office to whom I took an immediate liking. Perhaps it was the Georgia accent? After a while I asked her out to lunch. Capitol Hill has many bistros and cafes that serve the midday office population; they tend to be upscale, as much venues in which to see and be seen as to receive sustenance. For odd reasons known only to a foolish teenager, once she and I were seated in the brass-and-mahogany tap room, I decided that the hot meatball sub with parmesan cheese would the best item to order for lunch. To add to the idiocy of this decision, I decided to use my hands to eat it rather than silverware. After two bites, the entire melted-and-tomato-sauce’d contents wound up in my lap after having first run down the length of my starched white shirt and silk tie. Oddly, she was ‘busy’ for lunch every time I asked after that, but I have never again ordered messy foods on dates.

As for Senator Talmadge, my inside track to recurring Capitol Hill employment ended late the following year when he was censured by the full Senate for “improper financial conduct,” all starting when his angry estranged wife reported finding more than $43,000 in mystery cash in a raincoat in their hall closet. The censure contributed to the Senator’s loss in the next general election. His car vanished from the downstairs parking deck shortly thereafter and I sadly never saw him again.