[I’m engaged in a segue to a new job and state, which hopefully explains the relative dearth of fresh material recently. In the meanwhile, this post, from early 2014, remains one of my favorites]

As a psychiatric resident in the late 1980s, I didn’t sleep much (at least for the first couple of years), my diet consisted of carry-out or unhealthy hospital fare, and I was paid a pittance. This was the expected rite-of-passage through medical specialty training. But because of the hardships, seemingly minor things took on great significance: a girlfriend who would cook for you, a freebie from a drug rep, an afternoon of total peace and quiet – all are lovely, but all are even more lovely for those who feel so deprived. 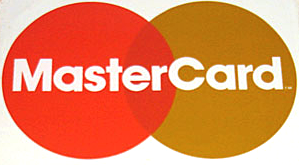 Which is why taking blatant advantage of our chairman’s credit card was so much darned fun.

In the autumn of each year, we would host senior medical students from around the country who were looking for places at which to do their post-graduate residencies. These were important visits in the eyes of program faculty everywhere. If potential applicants enjoyed their visits, they were more likely to rank the program highly on their ‘match list.’ If the visit were a disaster, though, the program would get ranked lowly, or not at all. This directly effected the quality of the incoming class at every residency program in the country. Thus, heads of departments of all specialties everywhere wanted to see happy visitors at the end of the day.

At UVa, we had potential applicants come to the medical center on Mondays, Wednesdays, and Fridays during ‘the season,’ which stretched from September through early December. A sign-up sheet would be posted near our on-call room for those residents who were interested in going to lunch with the visitors on any given day. Because the season stretched for more than three months, and there were several designated days per week, it was not uncommon to host relatively small groups of visitors – three constituted a busy day, and more often than not there might only be one potential applicant visiting.

But for that one visitor? Many times half-a-dozen or more residents would sign up to take her to lunch. I recall once that there was a single interested party… and thirteen residents going to eat.

And as we were taking said prospective applicant out to eat, the chairman’s secretary always handed over the gold MasterCard and told us to bring back the receipt. That was it. No other instructions. No limits. No preferred restaurant list. Just go and enjoy.

So naturally we were cost-conscious and went to modest restaurants. Not.

It was during one of these junkets that I first sampled escargot. Seafood bisque was ordered around the table more often than not – often with seconds. Can’t decide on which appetizers to order? Heck, get them all. And while I don’t recall any ‘Surf and Turf,’ that wasn’t because we couldn’t have done so – it was because the restaurants in town didn’t serve such on their lunch menus.

Hundreds of dollars later, we’d return to the secretary that well-worn credit card, only to repeat the sanctioned theft later in the week.

We thought we were pulling the wool over our chairman’s eyes, and marveled that he didn’t put a stop to it when he saw the bills. But he never did.

Actually, I realized much later that we were doing his bidding without knowing it.

Happy well-fed residents put across the best faces possible for potential applicants. Smiles and laughter were all around. I know that research grants and faculty-to-resident ratios are important, but when those same applicants were later sitting at their homes, finalizing their match lists, they remembered how contented were the residents at the various programs and not necessarily how many papers were published by a particular medical center.

Thus, UVa always had a bumper crop of excellent residents back then. And I think that the chairman’s credit card and our ‘abuse’ of same were in no small part responsible.

4 thoughts on “[from the medical records dept] Sanctioned Theft”