Francis Crick (1916-2004) was a brilliant molecular biologist, biophysicist, and neuroscientist who was co-awarded a Nobel Prize in Medicine for discovering and describing the structure of the DNA molecule. 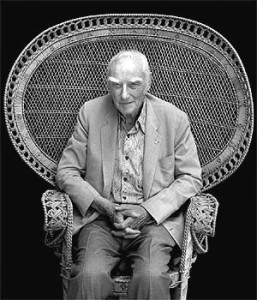 In 1955, senior British government ministers had proposed that a science and technology-based school be established within the University of Cambridge in England. This seat of learning, to be named in honor of Winston Churchill, was to admit students to pursue undergraduate and graduate degrees in all subjects except theology. 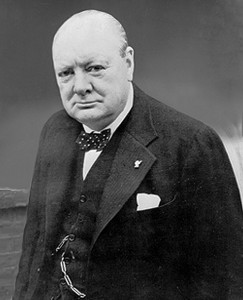 On this basis, in 1960, Crick accepted a fellowship at the newly founded (all-male) Churchill College. Before long, though, a sizeable donation was made to the College by Lord Beaumont of Whitley for the building of a non-denominational chapel on the grounds. A majority of the fellows voted in favor of it. Crick the lifelong atheist was incensed at what he saw as the intrusion of mythology into a facility dedicated wholly to rational scientific thought.

Winston Churchill, in an attempt to avoid a very public spat over this controversy, wrote a letter to Crick in which he said that many at the College would “appreciate” a place to worship nearby. The chapel was to be entirely funded through private monies, and would be located on the edge of campus, as opposed to its heart. The chapel further would be open to men of all faiths and backgrounds, and no one would be forced or expected to enter it against their will.

Crick replied to Churchill on 12 October 1961 with a counter-suggestion that many at the College would “appreciate” a brothel nearby. Said bawdy-house could also be funded entirely through private monies and located on the edge of campus. The brothel would be open to men of all backgrounds, and no one would be forced or expected to enter it against their will. His letter to the former Prime Minister included a personal cheque for £10 as the first contribution toward that end.

The chapel was constructed. Crick resigned from the College shortly thereafter in protest. It is said that the two men never spoke again.