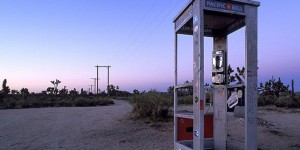 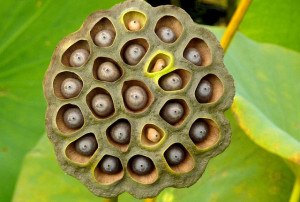 Three caveats before I dive into this very strange topic:

First, I own a pet Lesser Sulfur Crested Cockatoo which was rescued from a meth lab outside Gastonia NC (where she was being employed as the proverbial ‘canary in a coalmine.’) As her subspecies is critically endangered in the wild, it’s almost certain that she was hatched here in the U.S. Because of that, Koko has never seen any of the predators that would normally populate her home in East Timor. But she totally ‘loses it’ when one of my family approaches her cage wearing a leopard print blouse. Evolutionarily, Koko knows that such a pattern is bad news, and she reacts quite viscerally to it.

Second, looking back over my medical training and subsequent career, I’ve encountered some fairly disgusting things. Self mutilations? Check. Head traumas? Been there. Major abdominal surgeries? Yup. Autopsies? Yawn. But far and away, the most revolting cases came from… dermatology. To really churn one’s stomach, nothing compares with skin diseases.

Third, I still, to this day, remember a vivid and upsetting dream I experienced as an adolescent. It involved seeing a classmate, nameless, faceless, with her arms bandaged. In the dream, she removed the wrap, and underneath, both of her forearms were covered with deep holes, and inside of each one was an insect. I don’t have any idea what triggered this thought in my subconscious, but the dream occurred years before I had ever heard of the subject matter of today’s post, and it has obviously stayed with me all of these years.

Keeping those observations in mind, I now present you with Trypophobia, the fear of small irregularly shaped cavities (or blisters, fissures, and bumps, from the Greek root trypo, for hole). This may sound like a joke, but to those who are purported to suffer from it, the condition is anything but funny. And from a quick Google search online, there seem to be a lot of folks out there who are afflicted – or at least who talk about it. Which is even more odd given that in my 27+ years of clinical work, I’ve never encountered a single patient who endorsed these symptoms, nor was I ever instructed that the condition may even exist!

If you look online, you will see frequent mention of triggers both innocuous and nightmarish:

plants with cystic structures or reproductive pods, such as lotus seed heads, cantaloupes, or pomegranates;

the honeycombs of bees;

pancakes with little bubbles in them;

popcorn (and bumpy popcorn-finishes on ceilings); 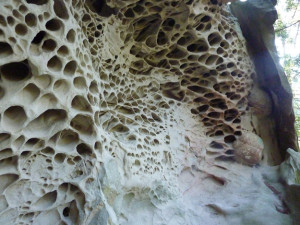 and pregnant Surinam Toads, the dorsal aspects of which are pockmarked by gestating young under the skin – and then those little buggers squeeze out of holes in mamma’s back when developed.

There are researchers who claim that some people’s repulsion to certain stimuli is an unconscious evolutionary association vis a vis dangerous animals/ organisms or infectious conditions that have ‘the look,’ and from which we’re wired to stay far far away, for our own safety.

Others, however, state that so-called trypophobia is nothing more than conditioned yet over-generalized disgust to possible contaminants and unpleasant images – think rotting corpses – fanned by pop psychology, photoshopping, armchair diagnosis, and the internet.

[sidebar: and we all know that if something is on the internet, it must be true]

Anyone who has read my blog for a length of time will be aware of my jaundiced view of ever-increasing disease categories in the Diagnostic and Statistical Manual. That noted, there is a lag-time between identifying a condition and having it gain wide acceptance within the profession (e.g., Seasonal Affective Disorder, about which Scandinavians have known for centuries, but which didn’t make ‘the cut’ in early editions of the DSM).

Will trypophobia also make ‘the cut,’ or instead join the ranks of far more suspect ailments like sex addiction and multiple personalities? I’m not sure yet. Either way, don’t now go to YouTube and look for videos of parasitic bot fly infestations. You have been warned.