Aside from the paternalism, subjectivity, and narcissism inherent, one problem with legislating morality is that such sweeping edicts often have (unintended?) public health consequences. A good example can be found with free needle exchanges for IV drug users. While I have never, and do not now, condone recreational IV drug use, if one presumes that humankind’s search for an altered state of consciousness is not going to vanish anytime soon, then substance abuse is a problem that is here to stay.

Accordingly, I must advocate for any measure that will prevent the spread of infectious, and often fatal, diseases, regardless of whether the cold hard reality of that scenario offends societal mores. To do anything less would be counter to the Hippocratic Oath.

But needle exchange is a discussion for another day. Today we deal with sex.

With currently free and unfettered access to all manner of contraceptive resources, including literature and both over-the counter and prescription preventatives, it might come as a surprise that it is well within the lifespans of our parents and grandparents that such was not the case.

The first American book on family planning, Moral Physiology, or A Brief and Plain Treatise on the Population Question, was written by Robert Owen, M.D., and published in 1831. This was followed the next year by Fruits of Philosophy: The Private Companion of Young Married People, by Charles Knowlton, M.D. And though birth control was not illegal at that time in the United States per se, it was certainly not a topic for polite (and mixed) company. Knowlton’s efforts raised the hackles of the Massachusetts courts – actually, his prosecution may have been just as much due to his stated atheism – and he was convicted of obscenity and jailed for three months for tackling in print such a prurient subject.

While admittedly unfortunate for Knowlton, the climate really changed in the 1870s with the arrival of Anthony Comstock. A postal inspector by trade with no formal medical knowledge or training, Comstock and his allies saw contraception as another facet of moral decay that lead to prostitution and venereal disease.

Suffice to say that the Comstock Act, immodestly named after its self-appointed champion, was passed by the U.S. Congress in 1873, and accordingly prohibited the possession and dissemination of not only pornography, but “any article or thing designed or intended for the prevention of conception or the procurement of abortion.” Many states jumped on the decency bandwagon with additional statutes of their own. The discussion of human reproduction and responsible family planning, even between physicians and their patients, was driven largely underground.

Advertisements for contraceptive products, where they existed at all, had to use euphemisms such as “marital aid” and “hygienic device.” Drug stores sold condoms as “rubber goods,” and cervical caps became known as “womb supporters.”

Lysol disinfectant has been around since the late 1880s, when it was first developed by chemist and physician Dr Gustave Raupenstrauch to help combat a cholera epidemic in his native Germany. As a cleansing solution, it also proved useful when enlisted in hospitals and homes during the worldwide Spanish flu pandemic of 1918-19.

But starting in the 1920s, Lehn & Fink, Inc., which marketed Lysol, initiated a (loud) whisper campaign to encourage another use for the product, one that had been around for a while but would soon become far more widespread with a little corporate encouragement.

Lysol began to be advertised widely for “feminine hygiene.” Print ads showed domesticated wifely types smiling with the caption, “I always douche with Lysol!” This wasn’t because of concerns about unpleasant odor, but rather a thinly veiled circumvention of the laws to tout Lysol as a form of birth control.

During the Great Depression in particular, extra mouths to feed were not desired. Condoms were relatively expensive (and often reused – yuck). Lysol was cheap – a 50¢ bottle of the concentrate made five gallons of disinfectant solution – and purportedly became the most commonly employed contraceptive of the 1930s. Lysol contained cresol, a phenol compound that was known to cause burning and inflammation of tissue. It was then a much stronger preparation than what is sold today. Surely it was annihilatory to semen, just as it was corrosive to the epithelial lining of the female reproductive tract.

The medical literature as early as the second decade of the 20th century was replete with cases of women sustaining Lysol poisoning from “uterine irrigation” (usually because of over-application or incorrect dilution at home). There were also deaths – at least five reported in the United States prior to WWI, though almost certainly the actual number is much higher. Despite this, Lysol continued to be marketed as “safe, gentle, and effective” for feminine hygiene.

Lysol ingestion, as opposed to its use for irrigation, was also a fairly common method of suicide in the first half of the 20th century. Why this didn’t alert medical observers to the potential toxicity of the substance inside the human body remains a mystery. And yet no one seems to have raised an alarm. Dr Joseph DeLee, a prominent American OB-GYN, went so far in 1938 as to publish practice guidelines that encouraged the irrigation of the vagina with Lysol during labor and delivery! 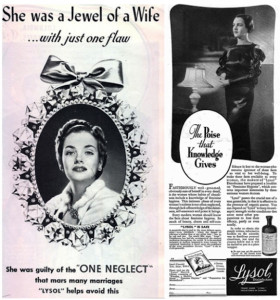 Once the cresol component in Lysol was replaced with ortho-hydroxydiphenyl in the 1950s, the marketing gradually shifted from feminine hygiene to toilet bowl cleaner, for which we largely know the product today. But this was a gradual tack, and untold numbers of women continued to suffer the consequences of using a caustic liquid in places never designed for it.

Sadly, although contraceptive pills and more efficiently-designed IUDs had been approved by the FDA as early as 1960, it wasn’t until the landmark privacy decisions of Griswold v. Connecticut (1965) and Eisenstadt v. Baird (1972) that the U.S. Supreme Court ruled that it was unconstitutional for the government to prohibit adults from using birth control, or to prevent their doctors from discussing the matter with them.

This was only 40 years ago.

As a physician, I continue to worry about the physical and mental wellbeing of my patients at large far more than I do about the personal beliefs of crusading elected officials. 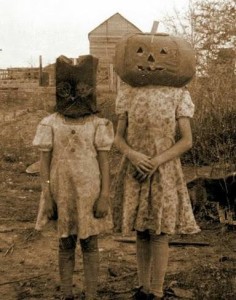 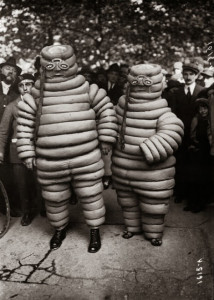 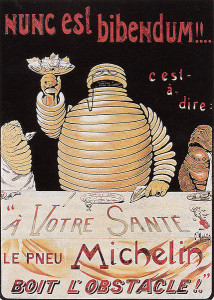