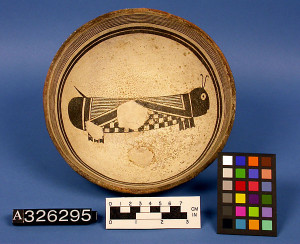 I was recently asked, as a favor to a colleague, to present at a prison mental health conference taking place out-of-state. It was aimed primarily at masters level psychologists and licensed clinical social workers, with a few registered nurses in attendance for good measure. As far as I could tell, I was the only psychiatrist at the gathering.

One of the other speakers was a former psychiatric patient who had come to share with the audience some of her observations about being incarcerated and hospitalized in the past, and what it is like to struggle with a mental illness in an environment not always designed to be therapeutic.

I was rather amazed by this woman’s presentation. She comported herself with ease in front of the large audience, explaining the advocacy work she performs for others suffering from mental illnesses, and listing the boards and advisory committees on which she serves. She gave an organized and interesting talk, which was then followed by numerous questions that she fielded without difficulty.

So why was I surprised? Because she told the audience that she was diagnosed with chronic paranoid schizophrenia (CPS) and continued to hear voices despite reported full compliance with her Rx and follow-up appointments. And she manifested none of the negative symptoms of CPS (e.g., social withdrawal) which are usually the hardest facets of the condition to control.

Yes, I’ve seen A Beautiful Mind (2001), and no, the vast majority of those afflicted with psychotic illnesses do not teach at Ivy League institutions and win Nobel Prizes. Hollywood does much better at portraying stereotyped caricatures or spinning feel-good yarns, and rarely do film studios handle the subtleties and realities of mental illness with much aplomb.

The non-Tinseltown truth about that movie’s subject, Professor John Nash, said to also suffer from CPS, illustrates the more typical progression of his mental disease. In real life, Professor Nash’s hallucinations did not apparently start until after he had finished graduate school, and then they were, and remain, entirely auditory in nature; in the movie, he appears to suffer both auditory and visual hallucinations while still in school, suggesting a far less auspicious prognosis than was actually the case. 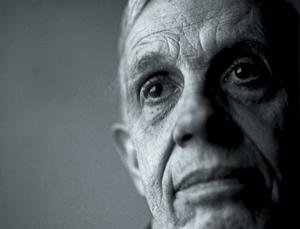 Secondly, Professor Nash apparently did not take any psychotropic Rx from 1970 through the mid 1990s when he won the Nobel. Intrinsic genius notwithstanding, his mental stability at times was so tenuous during that period that he wasn’t asked to present a Nobel lecture, as is always the case with laureates, because of fear that the stress of preparation and delivery would tip him over the edge.

“But,” the reader may say, “he wasn’t taking Rx…. If he had taken Rx, he would have done much better.” That, too, is a difficult supposition to address. While most of those afflicted with schizophrenic-spectrum conditions gain greater stability with Rx than without, note that Rx does not ‘cure’ such diseases, rather only controlling them. And even with control, there are oftentimes those symptoms that persistently and intermittently re-emerge, as well as those which partially remit but remain as constant background noise. Prognosis is always guarded, and there are at present no magic bullets.

In other words, Professor Nash didn’t conquer CPS, especially in the absence of Rx. He was tormented by the disease throughout the period in question, and it was only his genius that surmounted the psychosis and allowed him to accomplish as he did. His appears to be an exceedingly rare case indeed.

I’ve never met Professor Nash, but I suspect that were I to be afforded the opportunity, on Rx or off, he might well exhibit some eccentricities and negative symptoms typical of the ailment with which he is said to grapple. It’s just a guess on my part, but it’s one based on decades of dealing with those with psychotic thought disorders.

In the hour during which she was on stage, however, the speaker at my mental health conference exhibited no stereotypical behaviors or negative symptoms of the purported disease. If anything, she was fully socially engaged with the audience, a facet of conduct that is almost always one of the first things ‘to go’ when a thought disorder blossoms.

So why the difference? Perhaps the speaker’s Rx and treatment plan work far better than for most others. I suspect, though, that the answer lies more with the diagnoses my discipline has employed than with the actual disease states at hand.

In my recent book, A Lawyers’ Guide to Understanding Psychiatry (ABA Publishing, 2012), I discuss at length how my profession came to the Diagnostic and Statistical Manual (the so-called ‘Bible of Psychiatry’). In short, it was by lurching from one imperfect diagnostic schema to the next. There was nothing about the DSM when it was first published in the early 1950s that suggested that this book would ‘take off.’ I think it was just in the right place at the right time, and clinicians had by then grown tired of the lack of taxonomic consistency. But the tome’s subsequent commercial success aside, I’m not certain that there was much particularly scientifically advanced regarding the DSM vis a vis potential alternative diagnostic classifications. In other words, the DSM was imperfect, but it was the best we had at that point, and probably that is still the case.

The history of psychiatry is replete with examples of loose diagnostic criteria and subjectivity in evaluation.

I wish I could say that the taxonomic parameters of my profession have become entirely objective and quantifiable, but that’s not true. Oh, certainly we’ve made strides, but the rendering of psychiatric diagnosis remains as much (subjective) art as science to this day.

When I was in training, viral hepatitis was classified as “A,” “B,” and “non-A-non-B” (that last being the grab bag for everything infectious that messed up the liver but was neither hepatitis A nor hepatitis B). Now, there are add’n subsets of hepatitis – “C,” “D,” “E,” possibly others – that were not even imagined when I was at the University.

Extrapolating that phenom, there is no reason to suspect that as we learn more about mental illness, the same parsing of diagnoses into presently unknown subsets will also occur.

I wish both Professor Nash and the conference speaker well in light of that with which they have struggled. But I have my doubts as to whether the two of them actually share the same condition.